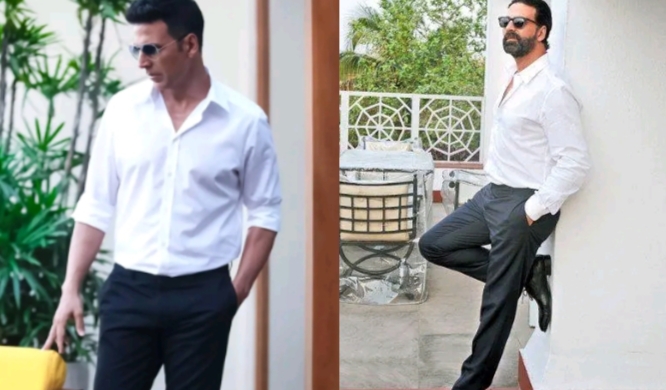 After the super flop of Bachchan Pandey and then the big budget film Samrat Prithviraj, now Akshay Kumar will soon be seen in the film ‘Raksha Bandhan’ directed by Aanand L Rai. This film is his third big budget film of this year.

Akshay Kumar has recently given flop films one after the other. The magic of the player on the screen is fading. After the super flop of Bachchan Pandey and then the big budget film Samrat Prithviraj, now Akshay Kumar will soon be seen in the film ‘Raksha Bandhan’ directed by Aanand L Rai. This film is his third big budget film of this year. Akshay has high hopes from this film. At the same time, after the flop of the films, news is also coming about Akshay Kumar’s fees. It is being said that the actor has reduced his fees. Not only this, allegations of not working in films have also started being made against him. To which Akshay Kumar has reacted sharply.

Recently, Akshay Kumar talked to the media about the promotion of his film Raksha Bandhan . He also answered many big questions in an interview with The Times of India. When Akshay was asked a question about cutting his fees, the actor said, “Cinema money talk should first be applied to the writer of the film.” Akshay said that the most important thing for a film is a writer. The most important thing in the film is that the script and dialogues of the film should be good, but still the writers do not get that much space in the industry. With this, Akshay said that after the writer comes the crew members of the film, director, technician and lastly the hero of the film.

Taking the matter further, Akshay Kumar said that he is always advised to do at least films, especially in the early days of his career. People used to ask him why do I do 4-5 films in a year? On which always told me to reduce the number of films I work in or produce.

With this, Akshay Kumar said that I work continuously for 8 hours on my film set, but I do not go to my vanity van for a single minute out of those 8 hours. I always stand on floor of a film set. For me, these 8 hours are roughly equal to 14-15 hours for the rest of the stars. This is my commitment to the movie.

Regarding the working culture of Bollywood, Akshay Kumar said that he is one of the most holiday stars. He does not work on Sunday and only half a day on Saturday. At the same time, Akshay said that Raksha Bandhan director Aanand L Rai told him that his work culture has changed the perception of film directors working.