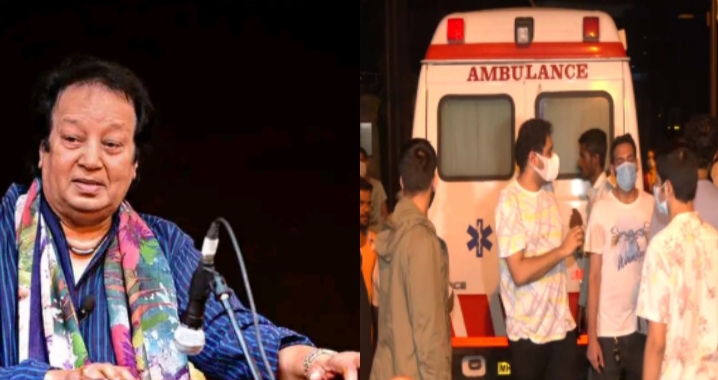 Singer Veteran Bhupinder Singh died on Monday at the age of 82 years. Bhupinder Singh was ailing for some time. He breathed his last at 19:45 on the night of July 18 at Criticare Asia Hospital, Mumbai.The music industry lost a big star with Bhupinder’s departure. PM Narendra Modi along with Bollywood stars also remembered him. On the other hand social media users also pay homage to him.

According to reports, Bhupinder Singh was also corona infected. Due to which his body was brought to the crematorium in Mumbai late at night for the last rites. Veteran singer Bhupinder Singh merges with Panchtatva.

According to media reports, the body of singer Bhupinder Singh was brought to the crematorium in Mumbai for the last rites at around 2.45 pm. You can see some pictures of the cremation ground in ANI’s tweet. In which his family members are seen crying.

According to some media reports, the last rites of Bhupinder Singh were performed by his son Nihal Singh in the night itself. Bhupinder’s electric cremation was done because of Corona. Bhupinder’s wife Mithali said, ‘He suffered from abdominal disease. He was hospitalized 10 days ago.

The director of the hospital, Dr Deepak Namjoshi, said about Bhupinder Singh, ‘We strongly suspect that the cause of his death is stomach ailment. We are investigating. Meanwhile, he also got corona. His condition worsened on Monday morning and we had to put it in the ventilator. After which he underwent a heart attack and died.