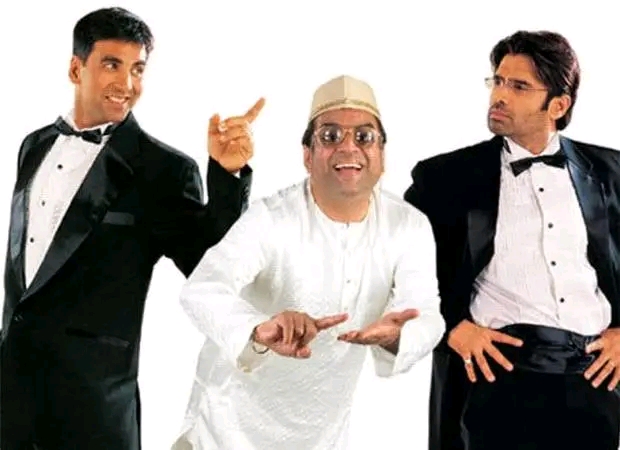 You will soon get to see the third part of Bollywood’s famous comedy trio Akshay Kumar, Sunil Shetty and Paresh Rawal’s film Hera Pheri. The makers of the film gave this information during an interview.

The film Hera Pheri 3 will soon be among the audience. This was confirmed by the producer of the film during an interview to Bollywood Hungama. The producer said in the interview that you are going to see this very soon with the same star cast Akshay ji, Paresh Bhai and Sunil ji. The story is in the same place, and we are working on some modalities. It will be maintained that way. The innocence of the characters will be retained. We cannot take the past achievements of this film lightly. So, we have to be extra careful in terms of our story, screenplay, characters, modus operandi etc.
Fans were happy after hearing the news

This news has made the fans very excited. After this news #HeraPheri3 has started trending on social media. The film Hera Pheri was released in 2000, it was directed by Priyadarshan. In 2006, the second part of the film Phir Hera Pheri was released. Bollywood’s famous comedy trio Akshay Kumar, Suniel Shetty and Paresh Rawal, who appeared in both the parts of the film, will be seen again rigging each other after a long time.