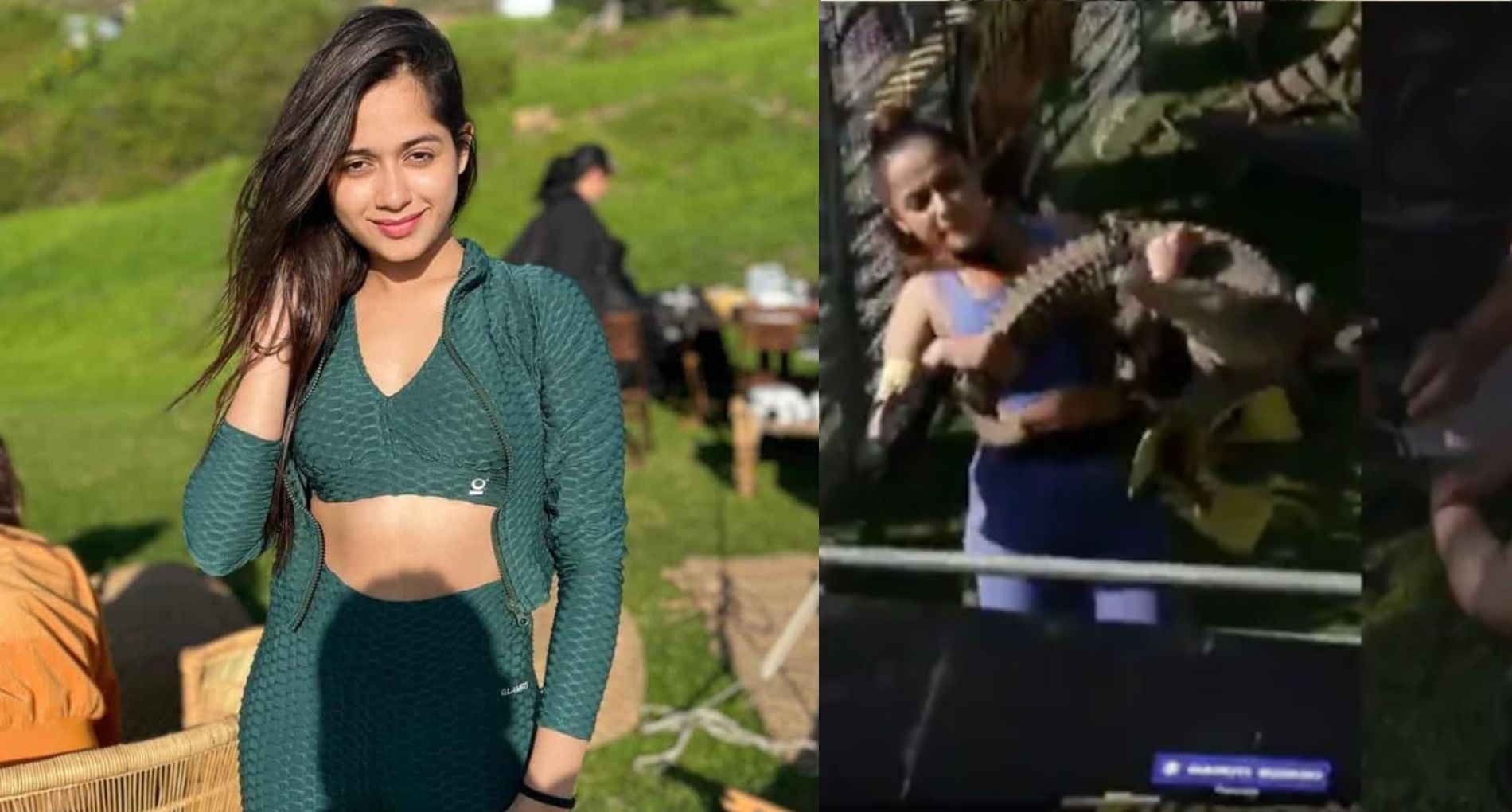 A promo video of actress Jannat Zubair from Khatron Ke Khiladi 12 is going viral on social media. His health deteriorates due to which his fans are very worried about his health.

The season 12 of the television stunt based reality show Khatron Ke Khiladi is starting from today. The host of this show is Rohit Shetty. And every friend is eagerly waiting for each season of this stunt based program of his. This show is going to be a bang like every time. Many well-known faces of TV will be seen in this show. Tu Aashiqui film Jannat Zubair will also be seen as a player in the show.

Jannat Zubair did stunts with crocodile
Jannat Zubair is the youngest player ever to participate in this show. The makers of this show recently shared a new promo related to So, in which Jannat is seen performing a dangerous stunt with a crocodile . People are getting goosebumps after watching this video. And the shocking thing is that at the end of the stand, Jannat’s health deteriorates. After watching the promo, all the fans of the actress are getting worried about her health.

The promo of Jannat Zubair is becoming very viral on social media. In which she is doing stunts with a big crocodile. The stunt reminded all the fans of the show about last year’s contestant Divyanka Tripathi , as Divyanka also did a similar stunt with a crocodile. Because of which everyone gave her the title of Magar Rani.

Jannat Zubair’s health deteriorated while doing stunts
It is seen in the promo video shared by the makers of the show, that Rohit Shetty. Jannat gives a task to Zubair and Chetna Pandey. In which both of them are sent to such an area. Where many baby crocodiles are seen, and those crocodiles have the flag of Khatron Ke Khiladi 12 . By taking out a flag from these crocodiles, do not leave them in another part. Jannat Zubair leaves a crocodile very easily in another area, but when the turn of another crocodile comes. So she tries hard to lift him. But due to the heavy weight of the crocodile, they are not able to do this.

While performing the stunt, Jannat’s health deteriorates and the doctors present there immediately come to her and do a checkup. In this promo, Jannat’s health is not looking good. But it has to be seen in letters whether Jannat can win this task or not.