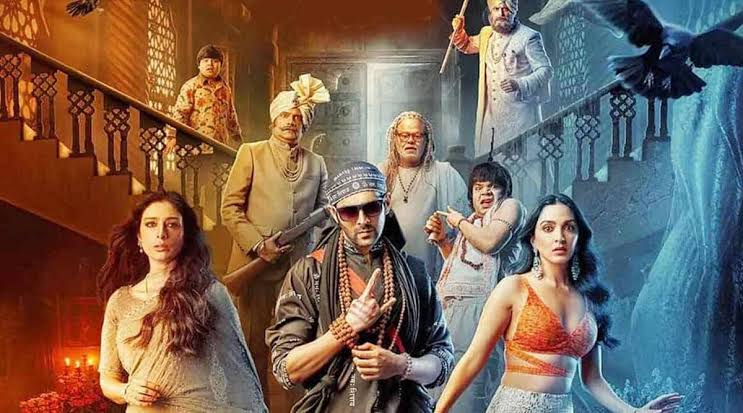 Kartik Aaryan, while talking about his recently released superhit film Bhool Bhulaiyaa 2, said that he did not think that his film would revive Bollywood. The film will be able to reach Rs 200 crores.

Actor Kartik Aaryan talks about his film Bhool Bhulaiyaa 2 and its revitalization of Bollywood. During an interview, Kartik said that he was confident that his film would earn Rs 100 crore at the box office but he didn’t have to worry about it. It was not known that this film of his would also join the club of 200 crores. He also talked about how he managed to do such good business with his film and despite the release of films like Jayeshbhai Jordaar, Top Gun, Maverick and Samrat Prithviraj. Directed by Anees Bazmee, Bhool Bhulaiyaa 2 released in theaters on 20 May and the film was given a positive review by the audience. Along with Karthik in this film, Rajpal Yadav, Big faces like Sanjay Mishra Tabu and Kiara Advani were also involved. Producer of this movie was T-Series owner Bhushan Kumar and Cine 1 Studios, this film has earned ₹ 230.75 crores worldwide.

Karthik told his heart
During an interview with News18, Karthik said, “I was confident about the content of this film, and I was also sure that the film would earn at least Rs 100 crore at the box office, but I didn’t know it. Didn’t know that this film of mine would be successful in giving a rebirth to the industry. We never thought that this film will be able to touch the target of 200 crores. It’s beyond all of us This is my first theatrical release after the pandemic and I was very nervous about the reaction of the people to this film. It was being discussed everywhere that this film will do business of 80 to 90 crores in the markets and considering the present times, this amount was considered a good business but this film is really doing very well. Kartik went ahead and said, “We were sure that the audience will enjoy this film a lot as it is an entertaining film. What surprised us the most is when little kids of 3 and 4 years old are singing Hare Krishna Hare Ram…….”

Karthik will be seen in these films
Kartik Aaryan has become the biggest superstar of the country in today’s time and only his film is being discussed everywhere. His film Bhool Bhulaiyaa 2 has been making its place in theaters for 6 weeks after its release. Karthik Aryan will soon be seen in the film Shahzada and Freddy too.