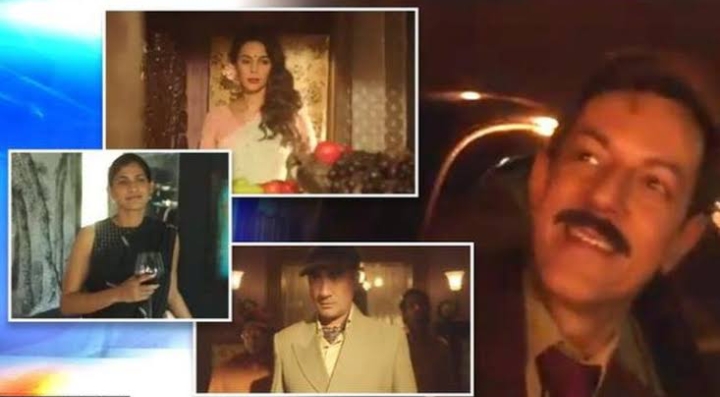 Rajat Kapoor’s Mallika Sherawat starrer Rk/Rkay will hit the theaters on July 22, 2022. The actress will have a very special character in the film. read full news

Mallika Sherawat Starrer New Movie Rk/Rkay: Actress Mallika Sherawat has come into the limelight these days for her upcoming film ‘Rk/Rkay’. ‘Rk/Rkay’ is the story of a worried director (RK) who has wrapped up the shooting of his new film, but things are not looking quite right at the edit table. There is a fear of something going wrong in RK’s mind. And her worst nightmare comes true when she receives a disturbing call from the edit room saying the film’s protagonist has walked out of the project, taking control of the film’s plot. Mehboob’s film is over – RK and his team must find him and send him back in the film.

Talking about the film Rajat Kapoor says, “Rk/Rkay is an idea that was with me for almost the last 10 years. Gradually it has evolved to find its present form. It’s a Mad movie.. and I mean that in the best possible sense of Mad. It’s unconventional, it’s wacky and fun, and it has a distinct flavor. Can’t wait to share this with our viewers.”

Partly a crowd funded labor of love, ‘RK/Rkay’ is the perfect piece of cinema for those looking for friendly entertainment. It is as real as it gets. Produced by Priyanshi Films (Priyam Srivastava and Harshita Karkare), the film stars Mallika Sherawat, Kubra Sait, Ranvir Shorey, Manu Rishi Chadha, Chandrachur Rai, Abhijit Deshpande, Abhishek Sharma, Grace Girdhar and Vaishali Malhara in lead roles.