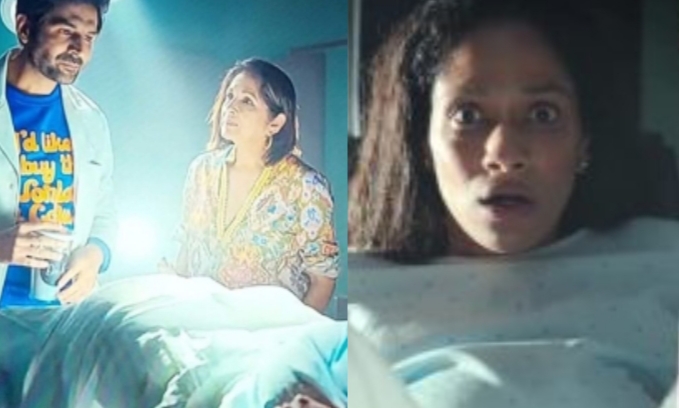 Good news for the fans of Karthik Aryan, will soon be seen in the Netflix series Masaba Masaba 2.

Bollywood superstar Karthik Aryan is ruling the hearts of everyone these days, he has captivated everyone with his brilliant acting. His film Bhool Bhulaiyaa 2 has broken all the records on the big screen, and now soon Karthik is going to be seen doing wonders on the OTT platform as well. Recently, 1 latest teaser of Netflix’s famous web series Masaba Masaba Season 2 has been released, in this teaser Karthik Aryan, Neena Gupta and their daughter Masaba Gupta are seen together.

In the teaser video, you can see Bollywood actor Karthik Aryan in the role of a doctor, and he is telling his name as Doctor ‘K’ instead of Karthik. On the other hand, Neena Gupta suddenly falls on seeing Kartik Aryan and is seen praising him fiercely. However, it can be guessed from this teaser that Kartik Aaryan can be seen doing a cameo in Masaba 2.

Kartik Aaryan’s magic in Masaba Masaba 2
Masaba Gupta’s popular web series Masaba Masaba 2 will be released on Netflix from 12 pm on July 29 . The fans of this web series were waiting for its second season for a long time. In this series, apart from Neena Gupta and her daughter Masaba Gupta, you all will also see many actors like Ram Kapoor, Neel Bhoopalam, Kusha Kapila, Barkha Singh and Desperation Rathore. This series is directed by Sonam Nair.