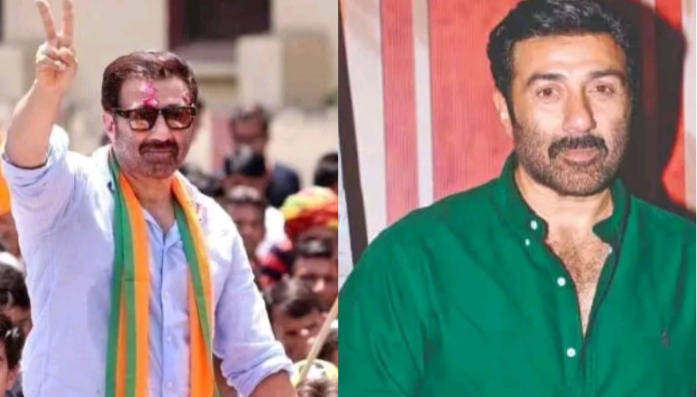 Actor and MP Sunny Deol is absent from his parliamentary constituency these days. Sunny was also missing during the recent presidential election. During this, the spokesperson of Sunny Deol has shared information about the disappearance of the actor and MP.

Bollywood actor and MP Sunny Deol is missing these days. He has not been present to vote even during the recent presidential election. There were a few trolls on the internet for not casting her vote. At the same time, some people also criticized it. Sunny Deol is also absent in his parliamentary constituency these days. Now the question arises that where is Sunny Deol, MP from Gurdaspur in Punjab missing?

Here are the reasons:
During this, the spokesperson of Sunny Deol has shared information about the disappearance of the actor and MP. He told that, Sunny Deol suffered a back injury during the shoot a few weeks back, first he was undergoing treatment in Mumbai and then two weeks ago he went to USA for his back treatment. For the last two weeks, Sunny Deol is getting his treatment in America. Meanwhile, the President could not appear during the election due to his health problems.

Will be seen in these movies:
Talking about the work of Sunny Deol, he will soon be seen in his next film ‘Baap’. Other Bollywood stars including Sanjay Dutt, Mithun Chakraborty and Jackie Shroff are going to be seen in this film. After this, director M. Padmakumar’s Malayalam crime thriller film ‘Joseph’ will be seen in Hindi remake ‘Suriya’. Apart from these, Sunny Deol will also be seen in the sequels of his very superhit films with ‘Gadar 2’ and ‘Apne 2’. This film can be released by the year 2022 release.