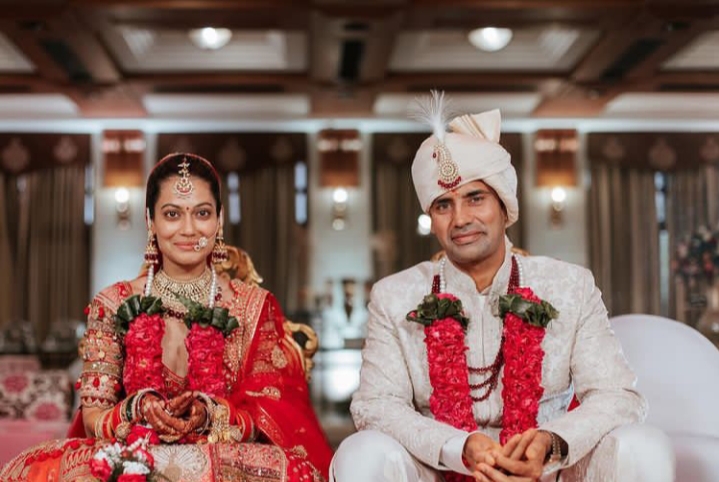 Well-known TV actress Payal Rohatgi and Rohtak-based international wrestler Sangram Singh are going to tie the knot soon and before that a romantic video of both of them is going viral on the internet.

Payal Rohatgi is a well-known face of Hindi television and is known for her impeccable style. She is soon going to tie the knot with Rohtak’s international wrestler Sangram Singh . Both of them will complete the wedding rituals according to Hindu rituals today at Jaypee Palace in Agra. Some glimpses of the rituals done before the marriage of these two, have now come to the fore. Meanwhile, a romantic dance was also seen between this couple, whose video is becoming quite viral on the internet. 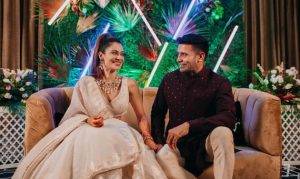 Will marry only with family and some close relatives
In fact, yesterday the Sangeet and today i.e. on Saturday morning the mehndi rituals were performed in these rituals, the family members and some close relatives were involved in these rituals. Payal is constantly sharing glimpses of the wedding rituals with the fans, now a video has come in front of everyone in which Payal is seen dancing with her future husband Sangram, Payal in her sangeet function, wearing a silver and golden colored one. Sangram was wearing a blue colored close collar neck kurta and white pyjamas. In this video, Payal and Sangram are seen complementing each other in a cute way and this video is becoming very viral among their fans.

Payal and Sangram dated each other for 12 years
Payal and her future spouse have been waiting for each other for 12 years, both of them met during a reality show in the year 2011 and in the year 2014 they had an official engagement. Sangram Singh and Payal Rohatgi’s wedding is taking place in a very private way, in which only their family and some guests will be involved. After the wedding, Payal and Sangram will host a reception party in Delhi on July 14 with all their friends associated with Payal Industry. For the second reception in Mumbai.