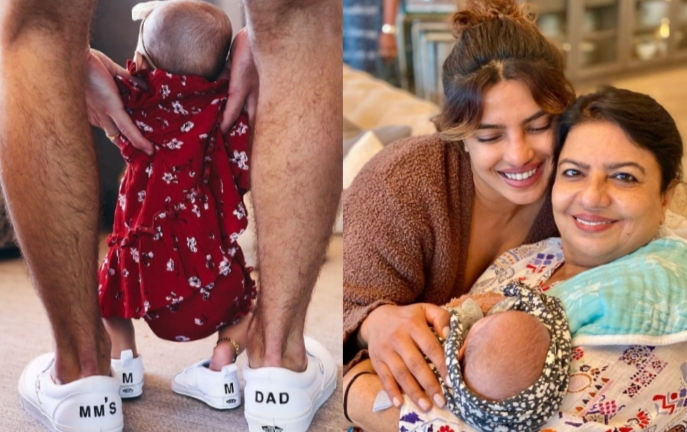 Recently, Bollywood’s Desi Girl Priyanka Chopra has celebrated her birthday. An unseen picture from Priyanka’s birthday celebration has come in front of everyone. In which Priyanka is seen engrossed in celebration with her daughter Malti in her lap. This picture of Priyanka and Malti is becoming fiercely viral on social media.

Bollywood’s Desi Girl Priyanka Chopra is often seen very active on social media. And she often shares her pictures with her fans on her social media. Recently the actress celebrated her 40th birthday. After which his best friend shared a picture of his birthday party with Priyanka. In this picture, Priyanka is seen holding her daughter Malti Meri Chopra Jonas in her lap.

In the photo, Priyanka is looking very beautiful in a pink color dress as usual, and her daughter Malti is also looking very stylish in a pink dress matching Priyanka. Let us tell you that Priyanka has not yet shown her daughter’s face to the fans, but all her fans are eagerly waiting to see Malti’s face.

Priyanka Chopra wants to keep her daughter’s privacy
Priyanka’s best friend Natasha Poonawalla is also present on her birthday. Tamannaah has shared three pictures, in which both are posing together while looking at the camera. In these pictures, Priyanka is wearing an off-shoulder pink color dress and Tamannaah is carrying a red color dress . He hid the face of the girl.