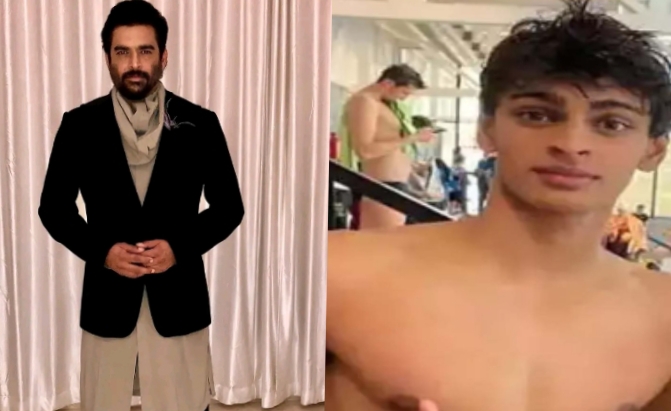 R. The way Madhavan (R Madhvan) is earning a name in the film world with his strong acting, Madhavan’s son Vedant Madhavan is also illuminating the name of the country. Vedant on Sunday clinched a national record in the Group A boys’ 1500m freestyle event at the Junior National Swimming Championships.

Rujula S, a fellow swimmer from Vedanta’s state, came second. Harshika also broke the meet record set three years earlier by Apeksha Fernandez (2:23.67s) in the 200m with a timing of 2:23.20s. With this Harshika won the gold medal.

R Madhavan gave information about this by sharing a video on social media site Twitter. Vedant won the gold medal by setting a national record in the 1500m freestyle. In this video you can see Vedanta swimming.

In April this year, Madhavan’s son Vedant won the gold medal in the men’s 800m freestyle at the Danish Open in Copenhagen. During this, many Bollywood celebrities from Priyanka Chopra to Kangana Ranaut were involved. He wished Vedanta and Madhavan.