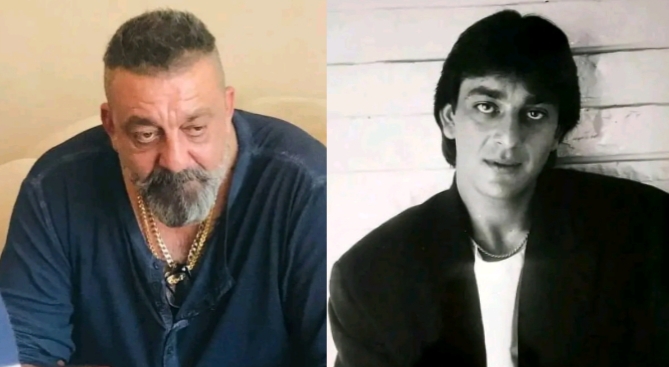 Today, 29th July of Sanjay Dutt is celebrating his birthday. He will be 62 years old. Sanjay Dutt, who started his career in the film ‘Rocky’, won everyone’s heart with his acting. From ‘Nayak’ to ‘Khalnayak’, Sanjay Dutt has played many big characters.

Sanjay Dutt Birthday: Today 29th July of Sanjay Dutt is celebrating his birthday. He will be 62 years old. Sanjay Dutt, who started his career in the film ‘Rocky’, won everyone’s heart with his acting. From ‘Nayak’ to ‘Khalnayak’, Sanjay Dutt has played many big characters. Sanjay Dutt got a different identity from Munna Bhai MBBS, but like Sanjay Dutt’s reel life, his real life has also been in a lot of controversies.

When Sanjay Dutt was young, he had chosen a lot of the wrong way. Because of these wrong paths, he had to face many troubles in his life. Most of Sanjay Dutt’s life has been surrounded by controversies. Sanjay Dutt has been in a lot of discussion in his personal life regarding the drugs case. At the same time, the TADA court in Mumbai sentenced Sanjay Dutt to six years of imprisonment under the Arms Act. Even Sanjay Dutt’s name has been associated with many actresses.

Sunil Dutt was very upset with his son’s drug addiction. At the same time, one day Sanjay Dutt himself told his father everything about his addiction to drugs. After which Sunil Dutt took his son Sanjay Dutt to the US rehabilitation center. Sanjay Dutt told that he stayed there for two years, during which many times the thought of intoxication came in his mind. But Sanjay Dutt has decided in his heart that he himself would not use drugs nor would it allow anyone to do it.

The trial of the 1993 Mumbai blasts case began on 30 June 1995 in the special TADA court. After about 12 years, the hearing of this case ended on 18 May 2007. Then Sanjay Dutt was acquitted of TADA’s allegations. But Sanjay Dutt was sentenced to 6 years imprisonment under the Arms Act. However, later the Supreme Court reduced his sentence to 5 years.

When Sanjay Dutt smoked a cigarette for the first time, he was only 9 years old. Many producers-directors used to come to meet Sunil Dutt and he used to leave the remaining cigarettes there. Sanju used to secretly smoke those cigarettes.

Sanjay Dutt did not feel like studying at all, he just wanted to work in films. But Sunil Dutt said that whatever you want to do next, but it is very important for you to be a graduate.

Even after the breakup with Tina Munim, Sanjay Dutt was very positive for her. Tina was shooting for a film with Rishi Kapoor at that time. There were reports in the media that Tina and Rishi’s affair is going on. When Sanjay heard this news, he along with his friend Gulshan Grover reached Rishi Kapoor’s house to fight. When Rishi’s wife Neetu Kapoor explained to him that this news was wrong, then Sanjay agreed and returned.

Very few people would know about Sanjay Dutt that Sanjay Dutt has entertained people by becoming a radio jockey while serving his sentence in jail. He used to announce Sanjay in Hindi, English and Marathi there.

Salman Khan had told about Sanjay Dutt that Sanju Baba is also a good singer. Apart from this, he also plays instruments like guitar. He was given a gold medal for ‘Best Air Guitarist’ at a concert in America.