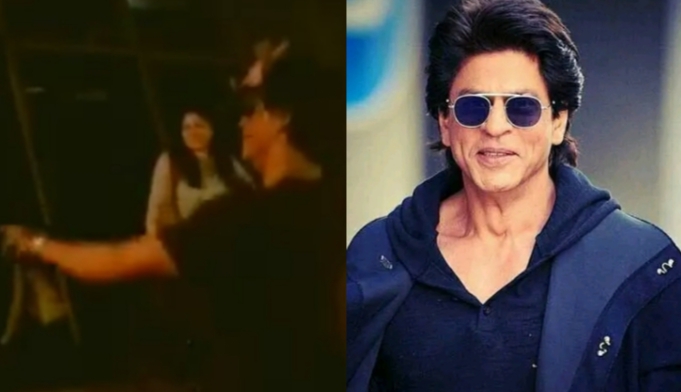 A fan of Shahrukh Khan has shared a video on social media in which the actor is showing his dance skills. Shahrukh Khan is wearing a black T-shirt and sunglasses in the video

Shahrukh Khan is not just called King Bollywood. He has tashan and charm in everything. Shahrukh Khan has been in this industry for years.
He is beyond 50 but even today the actors are unable to compete with him. Today’s actors consider Shahrukh Khan as their inspiration. King Khan is currently busy shooting for his 3 films. Shahrukh’s films Dunki, Pathan and Jawan are constantly in the headlines. Many pictures have come out from the sets of these films which have made the fans even more excited. And now a video of Shahrukh is becoming very viral on the internet in which he is seen dancing and dancing.

A fan of Shahrukh Khan has shared a video on social media in which the actor is showing his dance skills. In the video, Shahrukh Khan is wearing a black T-shirt and sunglasses. And he is dancing openly to Punjabi songs. This video looks like a party. Fans are making this video very viral. Many comments and likes are also coming on this.

Someone is writing on this video, “He is very graceful and his dance is very cute. Anyway, his moves are perfect. It’s a pleasure to see them so happy, comfortable.” So another user wrote, “Feeling light even during the most stressful times, that’s the power of the king.”

Let us tell you, Shahrukh Khan was last seen in Aanand L Rai’s film ‘Zero’ in the year 2019. The movie badly beaten at the box office. After this film, King Khan took a long break from acting and now he is ready to show his acting skills again. Three films of Shahrukh Khan will be released in 2023 i.e. the whole year will be in the name of Shahrukh Khan.