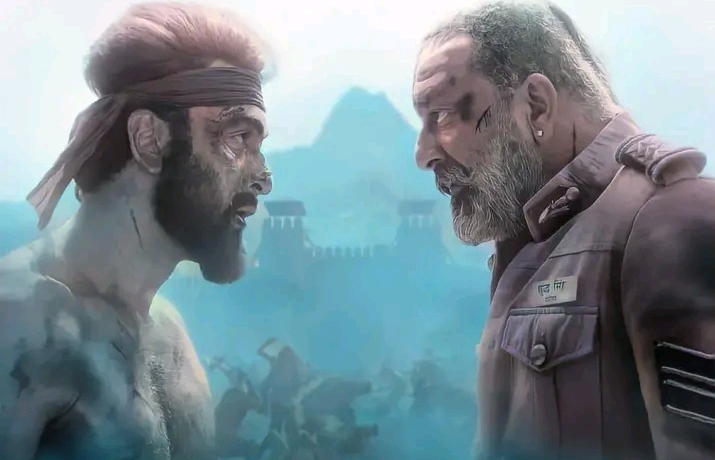 Bollywood actor Ranbir Kapoor has returned to the big screen after a long gap of 4 years. He is playing an important role with Vaani Kapoor and Sanjay Dutt in the big budget film Shamshera, made under the poster of Yash Raj Films. Even before the release of Shamshera, there was quite a bus among the audience to watch this film. People had given a lot of love to the teaser and trailer of this film. Let us tell you how many crores this film of Ranbir Kapoor has earned so far.

These days, Ranbir Kapoor’s film Shamshera is being discussed across the country . The film has been released in theaters on Friday after a long wait. This film of Ranbir Kapoor is also getting good reviews by the audience, everyone is telling this film to be very strong. Let us know why this film is getting so much praise? And it has done business of how many crores at the box office on the first day.

Ranbir Kapoor casts his magic on everyone with Shamshera
Bollywood star Ranbir Kapoor has returned to the big screen after 4 years with Karan Malhotra’s directorial film Shamshera. Vaani Kapoor and Sanjay Dutt are also seen playing important roles in this film made on a very big budget. People had high expectations from this big budget movie starring Ranbir and Sanjay Dutt and after watching the film, the reviews of the audience are telling that they are liking this movie.

Now let’s talk about the earnings of the first day of this film. According to the box office report, despite getting very good reviews, Shamshera has not done much good collection on the first day. The film has been able to earn only 10 crores on the first day. It was believed that this film of Ranbir Kapoor would be seen breaking the records of many other films on the first day, but it did not happen. Although there is still a weekend left, so this hope will remain, let’s see what amazing this film does in the end.

The film remained behind in earnings
It was believed that this film of Ranbir Kapoor will break the record of Kartik Aaryan’s Bhool Bhulaiya 2. Which was one of the biggest openers of the year 2022, but Shamshera also fell behind Emperor Prithviraj . Samrat Prithviraj, which is called the disaster of Yash Raj Films, earned 10.7 crores on its first day and now Shamshera is trailing even further. Shamshera has been released in more than 4000 screens in India. Despite this, it is not living up to the expectations of the filmmakers.