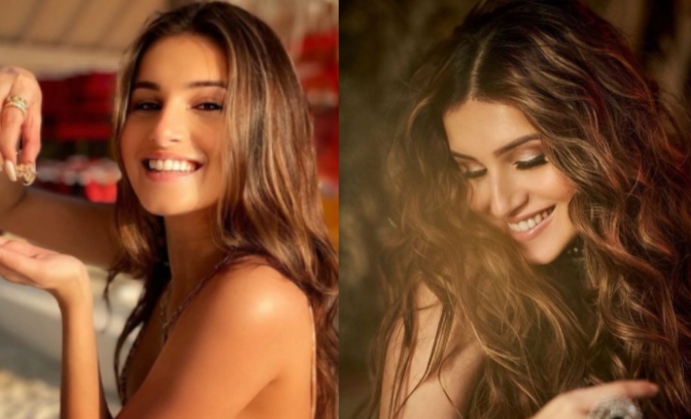 Bollywood actress Tara Sutaria is one of the hottest actresses of Bollywood these days. At present, there are many films back to back in Tara’s bag. Recently the movie ‘Ek Villain Returns’ has been released. Apart from Tara Sutaria, Disha Patani, John Abraham and Arjun Kapoor were seen in this film. Tara was in a lot of headlines about this film. During this, once again Tara Sutaria is in the headlines. This time her glamorous look is not a new film but because of Aadar Jain, who stole her heart.

share photo:
Let me tell you, recently it was the birthday of Aadar Jain . During this, Tara Sutaria wished Aadhaar very beautifully. He has also shared his childhood pictures on his social media handle, wishing Aadar Jain. Respect and his birthday cake are visible in these pictures. Sharing the photo, Tara Sutaria wrote in the caption that, ‘Happy Birthday, My Whole World’, along with this Tara has also put many emojis.

Who is Aadar Jain?
Let us tell you, Aadar Jain is the son of Reema Jain and Manoj Jain and is the grandson of Raj Kapoor. The same Rishi Kapoor and Randhir Kapoor’s sister Reema Jain’s son Aadar Jain arrived at his elder brother Armaan’s wedding with girlfriend Tara Sutaria. At that time it was being said that Rima Jain has also liked her younger daughter-in-law as Tara Sutaria. Soon the news of this couple’s marriage can be heard by their fans.