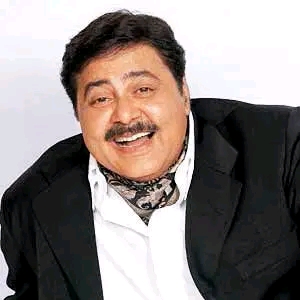 Satish Shah Birthday: Senior Bollywood actor Satish Shah is known for his comic style. Today he is celebrating his 72nd birthday. Born on June 25, 1951, Satish moved out of the small town of Mandvi Kutch (Gujarat) and made everyone his admirer by showing his acting skills in Mumbai. Despite being a Gujarati, Satish not only delivers excellent dialogues in Hindi films, but he has also worked in many Marathi movies and TV serials. This cycle continues even today. Check out some interesting facts related to the life of the character actor…

Satish Ravilal Shah started his career in the year 1980 with a serial ‘Yeh Jo Zindagi’ in Doordarshan. He played more than 60 characters in this TV show.

He is a versatile actor, he proved it in his first serial itself. After that it was as if he was feathered. After this, Satish Shah acted in ‘All the Best’ and ‘Nahale Pe Dahla’ on the national channel Doordarshan. Satish Shah has also got tremendous fame in Sarabhai vs Sarabhai. In this very popular show, Satish Shah played the role of Indrabadan. Since then his name was Indrabadan.

After the world of TV, he agreed to show his power on the silver screen, in the best and iconic film ‘Jaane Bhi Do Yaaron’ in the 80s, he robbed the gathering without any dialogue.

Jaane Bhi Do Yaaro featured veteran actors like Naseeruddin Shah, Om Puri, Neena Gupta, Ravi, and Bhakti Barve. Although at that time the budget of this film was only eight lakh rupees.

For this film, Satish Shah used to get a check of 50 and sometimes 100 rupees. Whenever he was called to shoot for the entire film, he was paid in installments.

In fact, he played the role of a corpse in this film, around which the entire film’s script was built. The scene of Mahabharata staged on the stage of this film is still intact in the minds of the people.