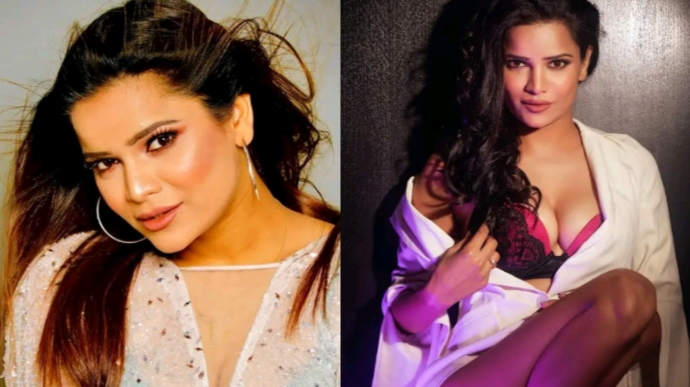 Archana Gautam is an Indian actress, model & politician. Archana has been the winner of Miss Bikini India in 2018, while in 2018 she has led India in Miss Cosmos World. Archana Gautam has also worked in Bollywood films and has also appeared in many music videos. These days Archana is a contestant in the popular TV show Bigg Boss Season 16.

Archana did her schooling from Shanta Smarak Girls Inter College in Meerut itself. Archana has done Bachelor in Journalism and Mass Communication from IIMT Engineering College, Meerut.

Archana was attracted towards the entertainment industry since childhood, due to which Archana had turned to modeling from the time of college. Archana Gautam won the title of Miss Uttar Pradesh in 2014, after which Archana stepped into Bollywood soon in 2016. Archana Gautam has worked in many Bollywood films and music videos till now.

Archana Gautam made her Bollywood debut in 2016 where she did a small role of Gaon Ki Chhori in Great Grand Masti . Archana has appeared in small roles in Haseena Parker (2017) and Baaraat Company (2017). Archana has also done an item song in Junction Varanasi (2019). Archana Gautam is currently working in three Tamil films which will be releasing soon.

Archana Gautam has been interested in politics since the beginning. His father is also a leader himself. In November 2021, Archana Gautam, influenced by Priyanka Gandhi , joined the Indian National Congress.

The very next year, Archana also contested the Uttar Pradesh Assembly elections from Congress. He chose Hastinapur election area for his election and campaigned fiercely but he lost the election badly. Archana got only 1519 votes.

Archana Gautan was also in a lot of controversies during the election. On social media, people took out old photos of her in which she was wearing a bikini. He was asked a lot for these photos of him.

In defense of this, Archana said that her photos were taken when she led India in Miss Bikini. He urged people not to mix his entertainment profession with his political career.

Archana Gautam net worth is around 12 crores. Archana also has a Kiya Char

Archana Gautam has contested from Congress in Hastinapur, Uttar Pradesh in 2022.

Archana Gautam was kidnapped by some goons in 2017. Kidnappers posing as CBI officers made Archana sit in their car and tried to rob her goods but with the help of a beggar, Archana Gautam was able to escape that day.

Archana is very conscious about her fitness and often keeps posting photos of her training on social media.

Archana is very fond of walking and dancing.

Who is Archana Gautam?

Archana Gautam is an Indian actress, model and a politician from the Congress Party.

When is Archana Gautam Birthday?

What is Archana Guatam Age?

Where is Archana Guatam From ?