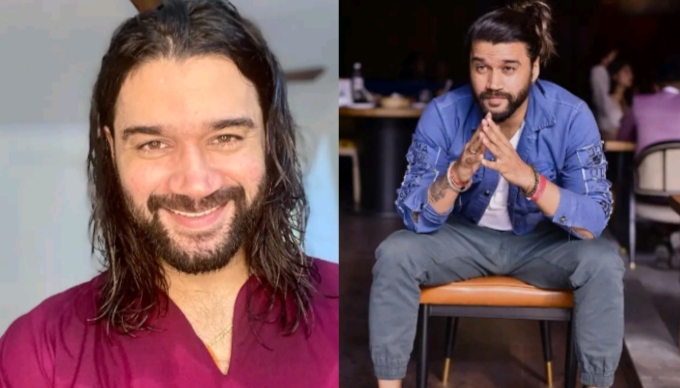 Balraj Sayal is a well-known comedian who has been a part of many comedy shows on TV like The Great Indian Laughter Show, Comedy Circus, Laughter Ke Phatake, apart from this he has worked in many Punjabi films and also wrote the story and dialogues of many films. is |

Balraj was born on 26 January 1983 in Jalandhar, Punjab, when his parents died when Balraj was young, after which he and his two sisters were brought up by his uncle and aunt.

Balraj did his schooling from Jalandhar’s Shri Parvati Jain Education Senior Secondary School and did his graduation in Arts from Jalandhar itself. When Balraj was young, he wanted to become an IAS officer but after financial constraints, he left his studies.

Balraj also worked at a clothing store to take care of the house, two years after leaving his studies, Balraj enrolled in college in his own city, Jalandhar, but even there he did not have the money to pay the fees.

There, one of his seniors had told that if you take part in any extra-curricular activities in the college, then the fees are waived, thinking that Balraj joined the theater group of the college and this changed Balraj’s life.

Balraj Sayal is very fond of listening to songs, apart from this, he also travels a lot and he has got a lot of tattoos done on his body, in which his love for traveling is reflected.

Balraj Sayal’s wife’s name is Deepti Tuli who is a rising singer, both of them were married in 2020. Balraj also has two sisters, their parents died when Balraj was young.

During his college days, Balraj used to do acting and comedy in college festivals and many competitions, meanwhile his acting guru Amit Sharma told him about a Punjabi comedy show Hasde Hasande Ravo.

Balraj participated in the audition of this show and was selected in the show and was also the top finalist. After this, Balraj was a part of many TV shows like Ik Tara Bole , Music Online , Desi Talks , Lots of Ladies.

Balraj Sayal has also been a contestant of the famous comedy show The Great Indian Laughter Challenge of his time but he was eliminated after the very first episode. After this, Balraj won Star One’s comedy show Laughter Ke Phatake in 2009.

Balraj had won a lot of shows, but even after this, Balraj was not able to get the right job, due to which his financial condition was not strong, this was the reason why Balraj had to sell the car taken with the reward money after winning the show. was |

After this Balraj turned to writing and this also changed Balraj’s fortunes, he wrote dialogues and scripts of many hit Punjabi films including Ambarsariya (2016), Sardar Ji 2 (2016), Jindua (2017), Ankh (2017) is included.

Balraj has joined Bigg Boss season 11 (2017) as a guest, apart from this Balraj has participated in the show Smart Jodi aired on Star Plus with his wife Deepti Tuli.

What is Balraj Syal Age?

What is Balraj Syal Wife Name?