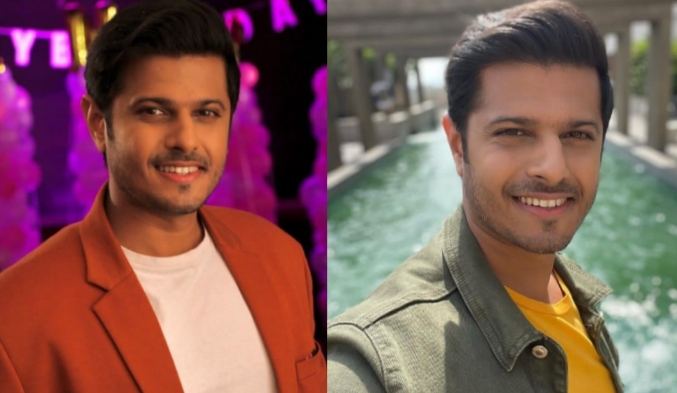 Neil Bhatt was born 4 Aug 1987 in Vadodara Gujarat. Neil comes from a very educated family, both his grandfather and father are lawyers, so Neil also wanted to become a lawyer, he has also studied law.

After completing his schooling, Neil studied law at Jitendra Chauhan College of Law, Mumbai. Neil Bhatt was fond of acting and dancing since childhood, so when his college studies were completed, he started taking acting classes. Neil has learned acting from Kishore Namit Kapoor Acting School.

Neil is also trained in gymnastics and martial arts. Neil is married to his co-star Aishwarya Sharma, they met on the sets of the TV show Ghum Hai Kisi Ke Pyar Mein and fell in love during the same show.

Neil Bhatt first participated as a contestant in a dance reality show , Kaboom (2008) , in which he won the first position. In the same year Neil also participated in the popular dance show Boogie Woogie.

Neil Bhatt has also played the role of Laxman in Ramayana (2012 – 13) , for which he was highly appreciated. Neil played the character of IPS Zakir Siddiqui in Star Plus’ popular show Diya Aur Baati (2013 – 15) , his character was also well received by the people.

Neil got the most popularity for his show Ghum Hai Kisi Ke Pyar Mein IPS Virat Chauhan, during this show he met Aishwarya Sharma , whom he married in November 2021. Neil Bhatt has also participated in the reality show Smart Jodi .

Neil Bhatt has also worked in the Bollywood film Gulaal (2008) where he played the role of Kesar, Neel Bhatt has also made his debut in Gujarati films with Bhanwar (2017) .

Neil Bhatt was in a relationship with his Ramayana co-star Neha Sargam for 5 years but their relationship broke up in 2017 due to some reasons.

After this, Neil Bhatt met Aishwarya Sharma during the show Gum Hai Kisi Ke Pyar Mein, from where their relationship started and they got engaged in January 2021, after which both tied the knot on 30 November 2021.

Neil Bhatt’s father Himanshu Bhatt is a lawyer and his mother Sunita Bhatt is a housewife. He also has a younger sister named Shikha Bhatt.

Who is Neil Bhatt?

Neil Bhatt is a TV actor, dancer and choreographer.

How old is Neil Bhatt?

What is the name of Neil Bhatt’s wife?

What is the Marriage Date of Neil Bhatt?

What is the Date of Birth of Neil Bhatt?

Which was Neil Bhatt’s first show?

What is the Per Episode Salary of Neil Bhatt?