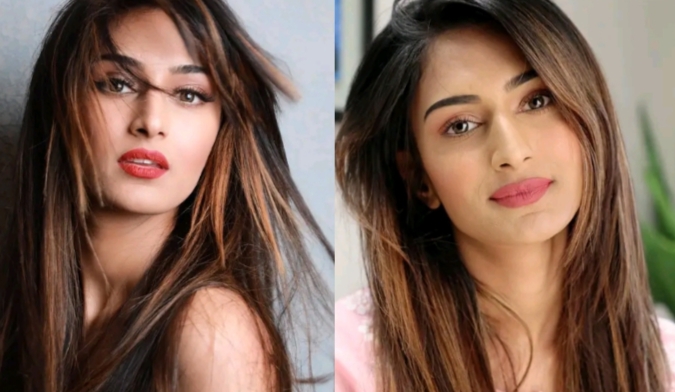 Erica Fernandes is an Indian actress and model who is mainly known for working in Hindi television and several Indian language films.

The Erica Fernandes was born on 7 May 1993 In Mangalore, Karnataka. Erica did her schooling from Holy Cross High School located in Kurla, Mumbai and also did her graduation from a college in Mumbai but later Erica did not continue further studies for modeling.

Since childhood, Erica was fond of modeling and acting, Erica started her modeling career from a very young age. Erica first won the Bombay Times Fresh Face Modeling Contest in 2010.

Erica Fernandes turned to acting after modeling and worked in some South films, after which she started working in the Hindi TV industry. Erica is also very fond of dance and has taken dance training from Shiamak Dance Academy.

Erica’s family consists of her father, Ralph Fernandes, a former model, interior designer and currently Erica’s manager. Erica’s mother’s name is Lavina Fernandes, who works with Air India and Bank of America. Erica also has a brother named Germaine Fernandes who is a businessman.

Erica Fernandes started her acting career in 2013 with Tamil film Ainthu Ainthu Ainthu, the very next year 2014 Erica also made her debut in Kannada films and where her first film was Ninnindale.

Erica 2014 Erica also made her debut in Telugu films where her first film was Galipatam. In the same year, Erica Fernandes made her Bollywood debut with the film Bablu Happy Hai.

Erica turned to the TV industry in 2016 where her first TV serial was Kuch Rang Pyar Ke Aise Bhi to air on Sony TV where she was opposite Shaheer Sheikh. This show made Erica a household name.

The popularity of Erica Fernandes increased when Erica was chosen as the main character Prerna for the second part of Ekta Kapoor’s famous TV serial Kasauti Zindagi Ki.

During Kuch Rang Pyar Ke Aise Bhi, there was a lot of discussion about Erica and Shaheer Sheikh ‘s affair but later they were put to an end. Erica later told during an interview that she was in a relationship with someone outside the industry for three years.