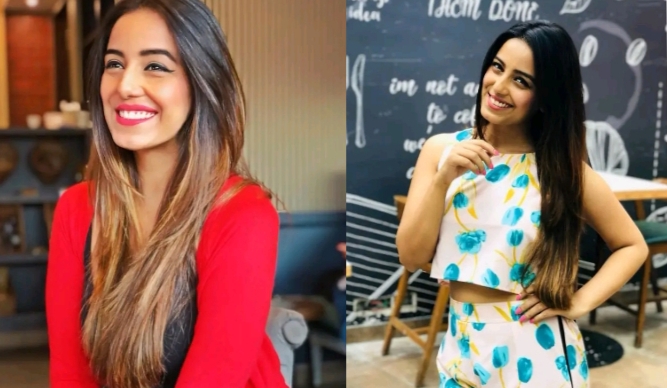 Srishty Rode is an Indian TV actress. Srishty has worked in many TV serials like Yeh Ishq Haaye , Choti Bahu , Punar Vivah , Ishqbaaaz . Srishty has also been a contestant of Bigg Boss and is appearing in The Kapil Sharma Show these days.

Srishty Rode was born on Sep 24, 1991 in Mumbai. Srishty’s father Tony Rode is a cinematographer while her mother Sadhna Rode is a housewife. Srishty also has an elder sister named Shweta Rode who is a producer.

Srishty Rode did her schooling from St. Louis Convent High School located in Mumbai. Srishty has done her graduation in Arts from Mithibai College from Mumbai itself. During her college studies, Srishti started trying her hand at modeling and acting. Apart from being an actor, Srishty is also a trained dancer.

Srishty comes from the entertainment industry itself. Her father is a cinematographer, so it was quite reasonable that Srishty was interested in acting from the very beginning. Srishty started her career with modeling and modeled for many ad campaigns.

Srishty decided to turn to acting after modeling but her father did not agree to it. Srishty Rode’s father comes from the industry itself, so he knew what kind of problems there are in the industry, so he did not want Srishty to act.

Meanwhile, an ad for Srishty’s Fair and Lovely became quite famous. It was only after seeing this success that Srishty’s father ordered her to pursue a career in acting. Srishty first appeared in a small role in TV Pe Kuch Aisa ( 2007) and this marked the beginning of her acting career.

After this, Srishty did some minor roles but in 2010, Srishty got her first big break. Srishti got the lead role in Balaji Telefilms show Yeh Ishq Haaye. After this, Srishty played a minor character in Chhoti Bahu: Savar Ke Rang Rachi in 2011.

Srishty reappeared in the lead role in Remarriage: Ek Nayi Umeed in 2013. After this, Srishty also appeared in shows like Saraswatichandra and Ishqbaaz . Srishty Rode got her real identity from Bigg Boss 12 where she was well-liked during the show.

Where does Srishty Rode live? Where is Srishty From ?